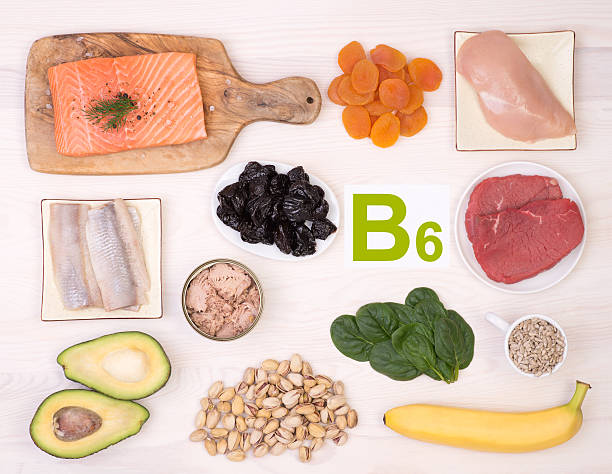 Vitamin B6 has many functions, and it plays an important role in over 100 enzyme reactions. One of its important roles is in supporting the body to metabolize proteins, carbohydrates, and fats, for energy.

This vitamin is also involved in:

Sources of Vitamin B-6

Other sources of B6 include:

Signs and symptoms of vitamin B6 deficiency include

In rare cases, vitamin B6 deficiency may result in pellagra a syndrome, like

In adults, the optimal dose is 2.5-25 mg daily for three weeks,  then the dose is tapered. For women who are taking birth control pills, the dose is 25-30 mg per day.

50 mg of vitamin B6 in the form of pyridoxine has been used daily in combination with 1000 mcg of cyanocobalamin and 2500 mcg of vitamin B-9 for about 7 years.