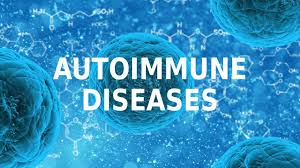 What Is An Autoimmune Disease?

In reaction to an unbeknown trigger, the immune system may begin making antibodies that instead of fighting infections, attack the body’s own cells. Management for autoimmune diseases nearly focuses on decreasing immune system activity.

Role of Ayurveda In Autoimmune Diseases-

But in the end, “prevention is better than cure”. So stay healthy by incorporating a healthy diet and exercise into your lifestyle.