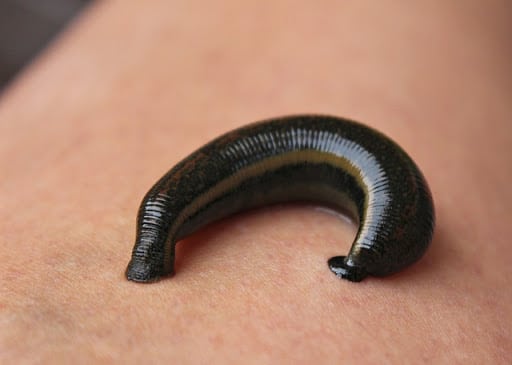 Charak and Sushruta, had quoted Raktamokshana as one of the five Panchakarma procedures and it is traditional Indian medical system of Ayurveda. Raktamokshana is made up of two words Rakta which simply means blood and mokshana means letting it is used for removing impure blood from the diseased body. There are seven Dhatus in the body and rakta is the second dhatus in them. Rakta in its healthy state improves complexion and nourishes the muscle and other tissues. It also has Jeevana as its important function. When this rakta is impair, it results in several diseases occur in body. Panchkarma therepy include vamana (vomiting), virechana (purgation), nasya (nasal irrigation) and basti (enema). The panchakarma treatments remove all the toxins from the body and balances the doshas that control all the body biological functions. Rakta moksha can be done by various means, depending on the ailment and it is used to treat skin disease, herpes, jaundice, abscesses, ulcers and gout, among other ailments.

There are two categories of rakta moksha therapy:

1. Shastra visravana – In this procedure metal instruments are used to do the procedures.

There are two types of shastra visravana:

2. Anushastra visravana – This procedure includes all other rakta moksha therapies and do not use metal instruments.

Person not afflicted with excess cold, hot, excess of sweating and exposure to sun. Prior to rakthamokshana person should take barley juice.

Feeling of lightness in body, subsiding of pain and severity of diseases, cheerfulness of mind.

Raktamokshna is the specialized detoxification process which include the following steps:

Prachhana – this method helps to provide relief from stress, anxiety and tension.

Siravyadha – in this method, according to the disease the vein is selected, after oleation, sudation, the liquid gruel is injected in the patients either in lies down or sits in erect posture.

Size of puncture – the size should be that of one brihi or half barley and in muscular areas, it should be the size of yava.

Jalaukavacharana – in this method tiny sized nicks is applied near the affected region, the blood oozes out and leech is applied to the affected area. When the leech sucks, the mouth takes in the form of the horse’s hooves. Its neck is then covered using wet cotton. When more blood is sucked, the leech leaves the area and moves down, in case it does not leave, turmeric powder is sprinkle on the leech.

Shrings yantra – the horns are applied on the fleshy part of the body. In this yantra the air gets sucked out, which creates a vacuum and blood oozes out.

After the pradhana karmais done, dressing is done with a massage the surrounding wound. This is done with the help of medicated oil. Raktamokshana works as a preventive and curative therpy. This raktamokshana therapy of Ayurveda is a partial or a complete treatment depending on the situation.

Sharad ritu (autumn season) is the best season for raktamokshana therapy. The blood vitiated by pitta, kapha and vata dosha should be removed from leech therapy, pitcher gourd (alabu), and horn of animals (shrunga).