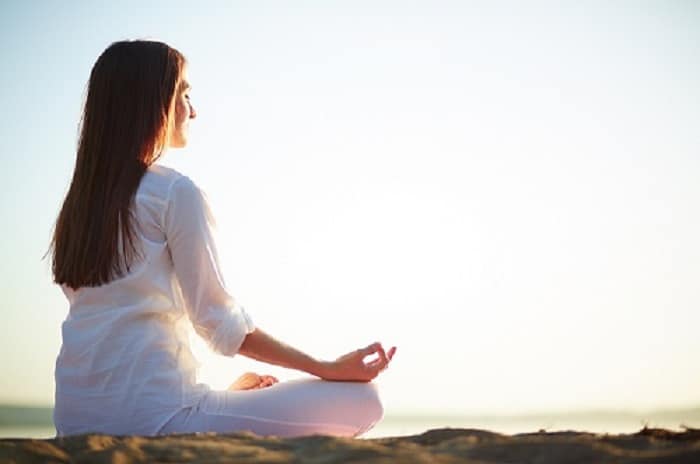 Pranayama is specifically defined as breath control. Although this interpretation may seem right in view of the practices involved, it does not convey the full meaning of the term. The word pranayama is comprised of two terms: prana plus ayama.

Prana means ‘vital energy’ or ‘life force’ or ‘fundamental energy’. It is the force which is present in all things, whether animate or inanimate. Although closely connected to the air we breathe, it is more subtle than air or oxygen. Pranayama utilizes inspiration and expiration to control the flow of prana in the nadis or energy channels of the pranamaya kosha or energy body. Ayama is defined as ‘extension’ or ‘expansion’. Thus, the word pranayama means ‘extension or expansion of the range of prana’. The approach of pranayama provides the method where the life force can be activated and regulated in order to go beyond one’s normal boundaries or limitations and accomplish a higher state of vibratory energy.

In the pranayama practices there are four important aspects of breathing which are applied. These are:

The various practices of pranayama involve different techniques which utilize these four aspects of breathing. There is another type of pranayama which is known as kevala kumbhaka or spontaneous breath holding. This is an advanced stage of pranayama which appears during high states of meditation. During this state, the lungs ceases their activity and the respiration stops. At this time, the shield which prevents one from seeing the subtle aspect of existence is lifted and a higher vision of reality is achieved.

The main part of pranayama is actually kumbhaka or breath retention. However, in order to perform kumbhaka victoriously, there must be a slow gradual development of control over the function of respiration. Therefore, in the pranayama practices more attention is given to inhalation and exhalation at the beginning, in order to strengthen the lungs and maintain equilibrium between the nervous and pranic systems in preparation for the practice of kumbhaka. These practices impact the flow of prana in the nadis, purifying, detoxifying, regulating and stimulating them, thereby inducing physical and mental stability.

According to yogic physiology, the human framework composed of five bodies or sheaths, which account for the various dimensions of human existence. These five sheaths are known as:

The pranamaya kosha is composed of  five major pranas which are collectively known as the pancha, or five, pranas: prana, apana, samana, udana and vyana.

Prana in this context, does not refer to cosmic prana but rather to just one part of the pranamaya kosha, ruling the area between the larynx and the top of the diaphragm. It is affiliated with the organs of respiration and speech, together with the muscles and nerves that activate them. It is the force by which the inspiration is being completed.

Apana is based below the navel region and gives vital force for the large intestine, liver, kidneys, anus and genitals. It helps with the expulsion of waste from the body.

Samana is based between the heart and the navel. It stimulates and controls the digestive system: the liver, intestines, pancreas and stomach, and their respective secretions. Samana also stimulates the heart and circulatory system, and is responsible for the assimilation and distribution of various nutrients.

Udana controls the area of the body above the neck, stimulating all the sensory receptors such as the eyes, nose and ears. Thought and consciousness of the outer world would be impossible without it. Udana harmonize and stimulate the limbs and all their associated muscles, tendons, ligaments, nerves and joints, as well as being important for the erect posture of the body.

Along with the five major pranas there are five minor pranas called as the upa-pranas. These five sub-pranas are as follows: naga, koorma, krikara, devadatta and dhananjaya. Naga is responsible for belching and hiccups. Koorma opens the eyes and activates blinking. Krikara develop hunger, thirst, sneezing and coughing. Devadatta induces yawning and sleeping. Dhananjaya lingers quickly after death and is responsible for decomposition of the body.

Lifestyle has a profound effect on the pranamaya kosha and its pranas. Physical activities like exercise, work, sleep, ingestion of food and sexual relations, all affect the distribution and flow of prana in the body. Faculties of the mind such as emotion, thought and imagination affect the pranic body more significantly. Irregularities in lifestyle, dietary habits and stress, deplete and obstruct the pranic flow. This outcomes in what people experience as being ‘drained of energy’. Depletion of energy in a particular prana leads to the devitalisation of the organs and limbs it governs and finally to disease or metabolic dysfunction. The techniques of pranayama reverse this process, energizing and maintain equilibrium in the different pranas within the pranamaya kosha. Pranayama practices should be performed after asana during yoga sessions.

In addition to influencing the value of life, the length or quantity of life is also determined by the rhythm of the respiration. The ancient yogis and rishis studied life and nature in great detail. They observed that animals with a slow breath rate such as elephants, pythons and tortoises have long life spans, whereas those with a rapid breathing rate, such as dogs, birds, and rabbits, live for only a few years. From this observation they realized the significance of slow breathing for increasing the human lifespan. Those who breathe in quick gasps and quick are likely to have a shorter life period than those who breathe slowly and deeply. On the physical level, this is because the respiration is directly connected to the heart. A slow breathing rate keeps the heart stronger and better maintained and contributes to a longer life. Deep breathing also elevates the absorption of energy by the pranamaya kosha, enhancing dynamism, vitality and general wellbeing.