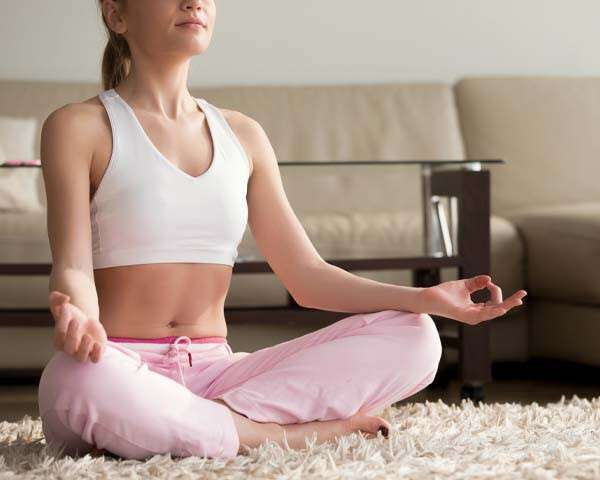 The last of the six shatkarma is kapalbhati. Word `kapal` means cranium or forehead and `bhati` is light or splendor, but it also means perception or knowledge. It is a technique which invigorates the entire brain and awakens the dormant centers which are responsible for subtle perception .It is called frontal brain cleansing technique. It is similar practice to bhastrika pranayama except that exhalation is emphasized and inhalation is the result of forcing the air out. In normal breathing inhalation is active and exhalation is passive .This practice reverses that process.

Sit in a comfortable meditative posture, preferably siddhasana and prepare yourself as for meditation .Close the eyes and relax, keeping the spine erect. Place the hands in either jnana mudra or chin mudra .Practice kaya sthairyam, i.e. Steadiness of the body. Inhale deeply and perform fifty fast respirations through both nostrils placing more emphasis on exhalation .Inhalation should be short .After the last exhalation, inhale deeply through the nose and exhale quickly through the mouth, slightly pursuing the lips .With kumbhaka, perform jalandhar bandha, moola bandh and uddiyan bandha in this order .Maintain kumbhaka and the bandhas for as long as possible and count the duration.

Before inhaling, release moola bandha, uddiyana bandha and Jalandhar bandha in this order .When the head is raised, inhale slowly through the nose .Practice three rounds of fifty breaths. When this is perfected, you can increase it to five rounds. You can increase the practice by ten breaths each week, so that after five weeks you are practicing one hundred breaths per round.

The second practice of kapalbhati, vyutkrama, is very similar to jala neti and is sometimes given as part of neti .Vyutkrama means ‘expelling system’ .For this practice you need a bowl of warm saline water rather than a neti lota. Lean forward and scoop the water up in the palm of the hand and sniff the water in through the nostrils .Let the water flow down into the mouth and then spit the water out from the mouth. Practice in this way several times. It is important to relax while sucking the water in .There should be absolutely no fear. If there is pain in the nose during the practice it usually means that the water contains either too little or too much salt.

The third practice, sheetkrama is the reverse of vyutkrama .Sheet means cool or passive. In this practice you take a mouthful of warm, salty water and instead of swallowing it, you push it up through the nose and let it flow out.

Remember to remain relaxed the whole time .Vyutkrama and sheetkrama should both be done standing rather than squatting .After wards make sure all the water is removed from the nose in the same way prescribed for jala neti, or practice vat karma kapalbhati.

The best time to perform kapalbhati is early in the morning .However, Vyutkrama and sheetkrama kapalbhati may be performed at any time of the day except after meals.

Vyutkrama and sheetkrama kapalbhati should take only a few minutes each and may be performed as a daily routine.

Those people who experience frequent nasal bleeding should not perform these practices.

Gherand Samhita says that not only do these practices rid the sinuses of old mucus, but they make one attractive and prevent the ageing process from occurring. If the body is clogged with old mucus, bile and wind, the energy gained through pranayama practice will be utilized for rectifying your disorders. In fact if you have any mucus blockages it may create such an acute problem that you cannot practice pranayama. First you have to rid yourself of excess mucus and bile and eliminate the toxins from your system. Proper assimilation and excretion have to be established. Pranyama is more effective in a healthy body.

Vyutkrama and sheetkrama kapalbhati remove mucus from the sinuses and help to relax the facial  muscles and nerves .They rejuvenate tired cells and nerves ,keeping the face young ,shining and wrinkle free .Vatkrama kapalbhati helps in the sinus ,hair loss ,and asthma .This practice can surely help in resolving all breath related problems .It is the slow and soothing process which involves deep breaths ,which help the asthmatic problem and help you gain control over it . This exercise makes the blood flow in the skull area .It relaxes your body by releasing stress and anxiety from your mind, which leads a very strong immune system. Kapalbhati also supports weight loss .Ayurvedic doctors often prescribe kapalbhati as a choice for those people who are having excess fat around their waist .It is because being overweight is considered as a symptom of increased cough and kapalbhati balances the levels of kapha in the body. It strongly stimulates the abdominal organs, in such a way that it improve digestion as the muscles of digestive tract become stronger and responsive and it also increases the blood flow to the region.