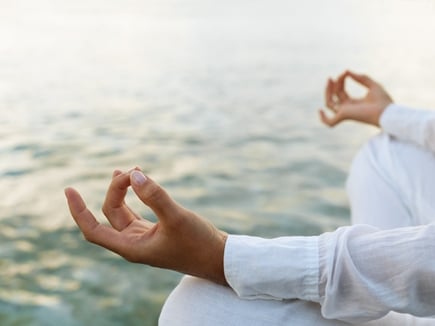 Just as the hymns of God – Kirtan and Aarti are performed in a high tone, chanting of mantras in high tones has been considered prohibited. The scriptures say that while chanting the mantra, the swara bhahar should not come out. When chanting mantras are chanted in such a loud tone that the sound is falling in the ears of the chanting seeker, it is called recitation.

In this method of chanting the mantra, the sound of the mantra does not come out of the mouth, but the tongue and lips of the seeker should be moving while chanting, on seeing another person in Upanshu chanting, the seeker seems to be moving the lips, but any word He cannot hear it.

According to the scripture, in this method of chanting the mantra, the lips and tongue of the chanter do not move, only the mind of the seeker chants the mantra, at this stage the chanter cannot be told that he is chanting any mantra.

If you chant the Ved Mantras regularly to get a healthy life, then you will see a lot of benefits. There is beauty in the mantras of Veda, which very few people know. Those who will chant the Gayatri Mantra will get health benefits. These magical mantras of the Vedas should not be associated with religion and spirituality, but they create psychological and physical effects on the body, their chanting creates a kind of vibration, which creates inner consciousness Wake up, relieve pain, improve breathing, relieve stress and get rid of many diseases.

Chanting a particular types of mantras puts stress or pressure on the tongue, palate , lips, and other joints of the body. The vibration emanating from the mantra stimulates a gland known as hypothalamus. This gland help to regulates the hormones that strengthen the immunity and keeps the mind happy. The happier you are, the stronger your immunity will be.

By regular chanting of mantra, a kind of hormone is produced, which keeps the mind calm and gives the body rest. With this, it becomes easier to concentrate. The chakras of the body are also balanced and its chanting helps to stimulate the chakras of the body, which are the centers of energy of the body. Different energy centers help different parts of the body to function smoothly. Many times the chakras go here and there, due to which we have to bring the mind to its place. By doing this, you get rid of diseases of the body. Increased concentration and ability to learn Mantra provides better concentration and learning power. Because when you chant the mantra, the vibration emanating from it activates the chakras present on the face and head, which increases the mind.

Chanting a healthy heart mantra calms the mind, slows down the breathing process, which makes the beating uniform and the heart becomes healthy.

Stress is relieved by its chanting, stress and diseases related to it are eradicated. Also, whatever damage was done to the body by stress, it also goes away.

Depression does not occur, the vibrations caused by the chanting of Vedic mantras, a hormone is released from the body which reacts positively by protecting the mind from depression.

Glows on face: Vibration of Jap improves blood circulation on the face and gets rid of toxins. Along with this, the breathing process also changes due to chanting, which fills a lot of oxygen in the skin. This makes the face young and shiny.

Asthma control is that by taking long breaths, hold it in and then release … Doing so makes the lungs strong and helps to control asthma.