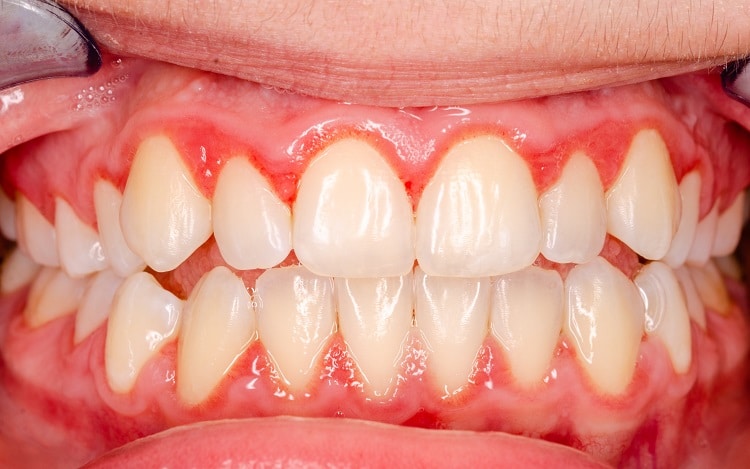 Gums are such a protective shield for our teeth that if they get any type of disease, they can give bad results for the health of our teeth. For this reason, it is very important for the gums to be healthy. To keep the gums healthy, you brush regularly, but due to lack of some vitamins and germs, there is a disease associated with the gums and out of these, there is a problem like bleeding and swelling. However, this can be avoided with the help of home remedies.

To overcome the problem of gingivitis, first of all pay special attention to your diet. Apart from this, here you will be told some special home remedies, by which you can also prevent the problem of swelling in the gums and bleeding. However, these treatments have to be used with great care. Now let us know further what methods can be best in home remedies to eliminate gingivitis.

Heat a glass of water to eliminate gingivitis. Now add a teaspoon of salt to the lukewarm water and rinse with it. Not only this, you can repeat this process even after eating, which can reduce the swelling of your gums to a great extent within a few days. According to scientific research, salt is found to have oral health protective properties, which can also be used to reduce gingivitis.

You will find clove oil at the grocery shop. Massage the teeth and gums with this oil to reduce gingivitis. You can use it several times a day to get a good effect. Actually, clove oil has the property of reducing gingivitis and has been confirmed. This is the reason that if you massage its oil on your gums, it can act actively to reduce inflammation.

Mix a little turmeric with baking soda and massage your gums with it. After this, rinse with lukewarm water and clean the mouth. This home remedy can also be used three to four times a day after having dinner. There is a lot of scientific research on baking soda, according to which the consumption of baking soda actively works for oral health.

Cut the ginger into fine parts and make a paste with the help of a grinder. Now add a teaspoon of salt to it and mix it well. Use this paste on the gums. If used continuously for a week, its positive effect will be seen. Ginger has antimicrobial and antifungals-like properties, which are also believed to cause gingivitis. Because of this, if you use ginger paste on your gums, you will definitely get the benefit.

Citrus fruit is one of the major reasons for bleeding gums. Citrus fruits like orange, lemon, etc. and vegetables especially Brockley and Cabbage can prevent gum bleeding by giving you sufficient amount of Vitamin C.

Milk is also a rich source of calcium in milk, which is regularly needed to fill your gums. That is why milk should be taken on a regular basis to stop the bleeding in the gums.

After brushing the massage, gently massage with the finger on the gums, it improves blood circulation. This makes the gums strong and stops bleeding.