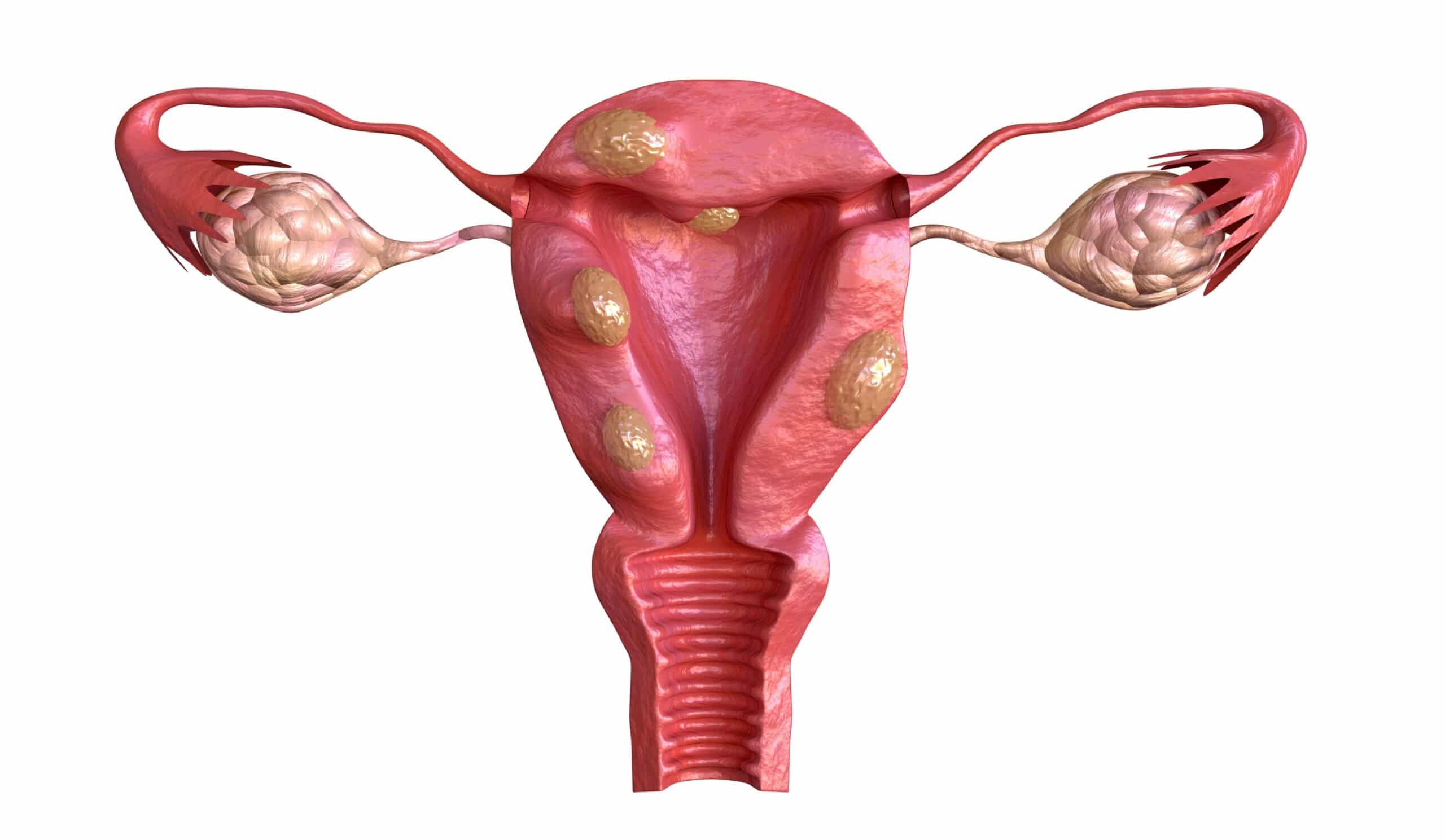 What is uterine fibroids (neoplasia)?

It is one or more lumps of muscles and cells in the uterus. Speaking in common language, it is a type of tumor that grows on the walls of the uterus. In medical parlance it is called Leiomyoma or Myoma. Fibroids develop as one or more tumors. These tumors can range in size from apple seeds to grapefruit. In unusual situations, their size may be larger than grapefruit.

The type of neoplasia in the uterus is classified according to its location. We are talking about them in detail here (3).

Submucosal fibroids – These develop between the lining of the muscles in the uterus. This can cause excessive bleeding along with pain during menstruation. Also, there can be trouble in conceiving.

Intramural fibroids – This is a common fibroids that grow on the wall of the uterus. Due to this the uterus swells and starts to look big. There is also pain and bleeding and it can be difficult to conceive.

Suberosal fibroids – It develops on the outer wall of the uterus. It puts pressure on the intestine, spinal cord and bladder. This causes severe pain in the pelvis.

Cervical fibroids – It mainly thrives on the vagina and uterine neck.

Intralignmentary fibroids – They develop in the tissue associated with the uterus. This makes menstruation irregular.

Eat these buds on an empty stomach.

If the taste and smell of garlic intensifies, then a glass of milk can be drunk after eating it.

We add garlic to our food to enhance the taste of food. Also it can be helpful in treating uterine neoplasia. Indeed, the allicin compound present in garlic shows antiproliferative effects, which do not allow tumor cells to grow. In addition, this compound also exhibits antioxidant and antiinflammatory properties, which can prevent tumors from developing in the uterus . This can provide relief from Uterus fibroid. Also it can improve the digestive system.

Mix Amla powder and honey and take it on an empty stomach every morning.

For best results, take regularly for about one month.

A scientific research has said that gooseberry has anti-fibrotic effect. According to the study, amla can be improved in uterine neoplasia caused by monosodium glutamate (MSG – flavor enhancer). It may be beneficial for fibroids due to the phenolic and other components present in it. In addition, the anti-oxidant effect of amla can help in this . For this reason, gooseberry or gooseberry powder can be used for domestic treatment of Rasouli.

1.Heat the water and then put green-tea bag in it.

2.You can also add honey to taste.

Green-tea contains a polyphenol compound called epigallocatechin gallate, which can work effectively on fibroids. According to testing conducted in the lab, this compound may be helpful in eliminating uterine fibroids cells . It is also capable of lowering estrogen levels. In this sense, it can be used to treat rasauli at home.

First of all heat the milk.

Now add other ingredients and mix it well.

Then drink this milk.

Those who want to get rid of fibroids problem quickly can include dairy products like yogurt and milk in their diet. Dairy products are rich in calcium and phosphorus. All these minerals can prevent fibroids tumors from growing. Not only this, milk fat contains butyric acid, which can act like a powerful antitumorgenic agent. This may help prevent fibroids from spreading and blood vessels to grow (9). However, in this research, more research has also been done regarding the treatment of uterine fibroids at home from dairy products.

Salmon fish may be included in the diet once or twice a week.

Home remedies for rasauli can also be done with salmon fish. In fact, vitamin-D deficiency is also a cause of neoplasia in the uterus, for which salmon fish is a good source. Therefore, it can be said that the risk of conception neoplasia can be avoided by supplementing vitamin D through salmon fish. In research, yoga has been suggested along with the intake of fish .

Half cup oranges, seasonal or other citrus fruits

Vitamin-C and antioxidant juice in citrus fruits can be considered as a home remedy. One study stated that citrus fruit may reduce the risk of fibroids. Also, this study also mentions that its effect is positive by eating fruits, but not by drinking juice. However, the reason for this is not yet clear. For this reason, it is recommended to do more research on this topic .

Half a teaspoon dry Burdock root

A cup of water

After that put the Burdock root in it.

Sieve and drink the water after about 15 minutes.

Burdock root is a type of vegetable, which is found in abundance in Asia and Europe. Liver efficiency can be improved by its use. When the liver is correct, it can control estrogen hormone levels. As we have already mentioned above, imbalance of estrogen hormone can cause fibroids .

Also, Burdock root has diuretic and antiinflammatory properties, which can help remove toxic bacteria from the body and relieve inflammation. Not only this, Burdock fruit and seeds also have anti-tumor effects, which can reduce the size of fibroids tumors . For this reason, it is used as a food for shrinking fibroids.

A medium sized piece of ginger

A cup of water

Cut ginger into water and boil it for a while.

Then filter it and drink it.

One can drink one to two cups per day continuously for a few days.

Ginger is such a powerful Ayurvedic medicine, which has been in use for years. Ginger can be helpful in reducing fibroids. One research says that uterine fibroids caused by MSG (Monosodium Glutamate – Flavor Enhancer), have abnormal effects on the levels of luteinizing (follicular stimulating hormones) with the pituitary gland and follicular stimulating hormones. According to this research, extract of ginger can reverse this effect. Research suggests that ginger has anti-fibroids and anti-inflammatory properties.

Broccoli can be eaten with salad, boiled, curry or added to soup.

It can be included in daily diet.

Eating broccoli in fibroids can have benefits. Broccoli has a compound called sulforaphane. It has anti-inflammatory and antifibrotic effects. It can help relieve fibroids . For this reason, uterine neoplasia can be avoided by increasing the amount of fresh fruits and broccoli in the diet .

Include green and raw vegetables in your daily diet.

You can also eat these vegetables by making a salad.

The risk of fibroids can also be avoided by consuming green leafy vegetables. A research has confirmed that the consumption of cruciferous vegetables and tomatoes can prevent uterine fibroids .

What to Eat During Fibroids?

There are some foods that can be used to reduce the risk of uterine neoplasia. Also, their intake helps prevent it from growing after the rasauli. Now read further about fibroids shrinking foods.

What to avoid during fibroids ?

It is also important to be aware of what should be avoided during this period, after the food that is beneficial for uterine neoplasia. Let us know about Rasouli’s abstinence below :