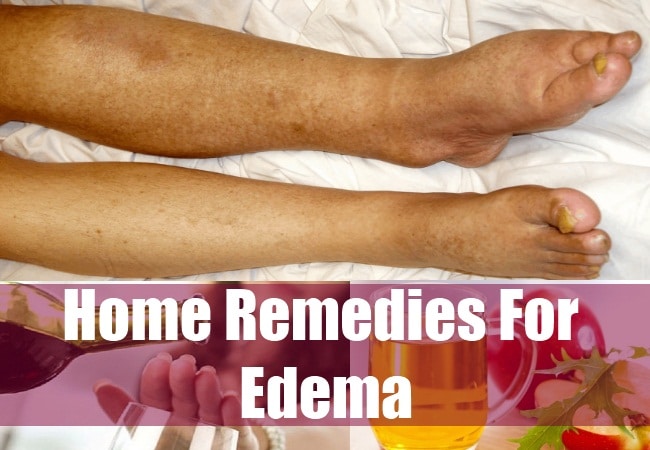 Everyday we go through many physical problems. One such problem is inflammation. We often ignore this as a common problem, but it can also be a sign of some serious diseases. If the swelling is more than a day or if the inflamed area is very tight and the skin color has become bright, then it should be cautious about it immediately. You can adopt the remedy given in this article to reduce the problems caused by inflammation. The best way to prevent inflammation, which is called edema in medical parlance, is to first get information about the symptoms, causes and other issues of edema.

Inflammation due to accumulation of fluid and fluid in any part of the body is called edema. At the same time, any organ affected by edema is called edema. Edema most commonly occurs in the feet and hands. Edema can sometimes be a sign of serious illness .

After knowing what is edema, we are now describing the types of edema, which can be of the following types:

After the type of edema and swelling, we are telling you the cause of edema. Some of the causes of inflammation are:

Use of grape seed extract supplements daily in the diet.

This supplement can be consumed twice daily.

Grape seed extracts contain a polyphenolic compound called proanthocyanidin. Because of this, extracts of grape seeds have antioxidant and antiinflammatory properties. Its proanthocyanidin compound properties are believed to help reduce itching, heaviness, and pain, as well as relieve inflammation . Therefore, it can be used to correct the symptoms of inflammation.

1 glass of milk or water

Add turmeric to a glass of warm water or warm milk.

Mix this mixture well and consume it.

In addition, you can prepare a paste by adding a teaspoon of turmeric to a few drops of water.

Then it can be applied on the edema affected area.

This remedy can be done every morning and night.

The use of turmeric can help reduce the symptoms of edema. A research on mice has also found turmeric to be effective against edema . At the same time, according to a research published on the NCBI website, curcumin present in turmeric has been found to be beneficial in recovering from edema due to brain injury .

Combine apple vinegar and hot water in a bowl.

Soak a clean towel in the mixture and wrap it over the inflamed area.

After 5 minutes, remove the towel and repeat the same process with cold water.

This can be done twice daily until the swelling is cured.

An experiment involving apple vinegar has revealed that it can help in relieving edema. Apple vinegar has prebiotic and antibacterial properties. Actually, apple cider vinegar was used on patients affected by varicose veins. As a result there was some relief from the pain and itching caused by varicose veins. Also a decrease in swelling was observed. In such a situation, it can be said that apple vinegar can be used in home remedies to reduce inflammation and other symptoms of edema .

Minerals such as magnesium, calcium, selenium and zinc

Now wrap this towel around the swollen area of ​​the body.

Open the towel after 5 minutes.

Then repeat this process by soaking the towel in cold water.

This can be done twice daily.

Cold and hot water have been used for a long time as a home remedy to reduce edema. Alternating edema affected area with hot and cold water naturally increases blood flow in the body. Therefore, it is believed that edema with hot and cold water or bathing can relieve edema. This therapy can also help reduce the pain caused by inflammation in muscles (13). On one hand, hot water helps in reducing pain and can improve the blood circulation and reduce the stiffness in the joints caused by edema. At the same time, cold water and ice reduce body temperature, which can relieve internal inflammation.

This process can be repeated twice daily.

Mustard oil contains high amounts of selenium and magnesium, due to which this oil exhibits antiinflammatory properties. Traditionally, it is used to relieve pain. It is also used for therapeutic massage . As mentioned above, massage increases blood circulation in the body, helping to treat edema  because one reason for edema is obstruction of blood circulation . In such a situation, it is believed that this oil can help in curing the symptoms of inflammation.

Put coriander seeds and water in a saucepan and boil it.

When the water remains half, remove the mixture and filter it.

Can be consumed twice daily.

Coriander seeds are also used as a home remedy to reduce inflammation. Indeed, diuretic and saluretic activity is found in coriander seed extracts. With the help of diuretic activity, excess fluid deposited in the body is released through urine. At the same time, salutary activity helps the excess salt accumulated in the body to pass through the urine. Actually, excess salt and water stored in the body can cause edema. Therefore, coriander is believed to help in curing edema with the help of both these activities . In addition, coriander extracts also have anti-inflammatory and analgesic properties, which may help reduce symptoms of edema, such as swelling and pain.

Cut parsley leaves into small pieces and soak them in water.

Sieve the water after 10 minutes.

Now mix honey and drink it.

Parsley tea can be consumed once or twice daily.

Parsley is used as a medicine in Ayurveda. Because of its anti-edema properties, it can help reduce symptoms of edema . Parsley is also known as a natural diuretic. It helps to flush out excess fluid from the body through urine. Therefore, Parsley can be used as a home remedy to treat edema and reduce inflammation .

A few drops of castor oil

Massage by applying castor oil on the inflamed areas.

This can be done twice daily.

Castor oil is rich in anti-inflammatory and analgesic properties. Therefore, it is believed to help relieve inflammation and pain caused by edema . As we have already told you above, one reason for oedema is lack of circulation of blood . In this case, blood flow increases after massaging the affected area and some relief can be given from edema.

Submerge the swollen area in water for 15 to 20 minutes.

Alternatively, you can also bathe by adding rock salt in a bath tub or bucket.

Rock salt is known to reduce pain and inflammation. Magnesium sulfate present in it can help in relieving edema.