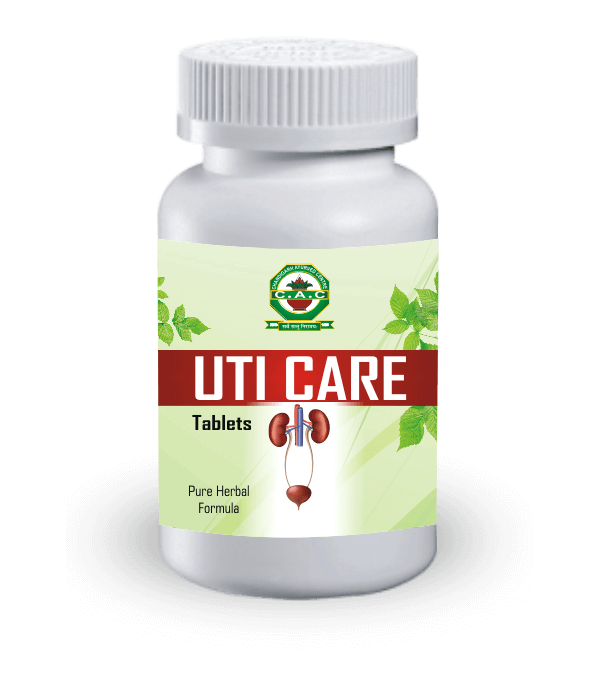 It is a herbo-mineral tablet of 650 MG and is a purely ayurvedic formulation. CAC UTI Care tablets are 100% safe and natural. It helps to treat the root cause of disease naturally without having any side effects. UTI Care Tablets helps to treat Urinary tract infections along with the diseases related to kidney, ureters, urinary bladder, and urethra. This tablet contains pure herbal ingredients which are Yavakshar (Hordeum vulgare), kalmi Shora (Pottasium nitrate), Naushadar (Ammonium chloride), Swarna Gairik (Red ochre), etc. UTI Care Tablets are also beneficial in kidney stones, chronic kidney disease, Renal colic, burning sensation or pain during micturition, Hypertension.

DOSAGE: Take one tablet twice a day with normal water.

Uses of UTI Care Tablet are:

It reduces the burning sensation, helpful in curing infection and irritation.

Our CAC UTI CARE TABLET is 650 mg per tablet. Which is easy to take in dose of twice a day (1bd). It is different in comparison to other pharmacy UTI TABLETS pressure tablets available in open market.