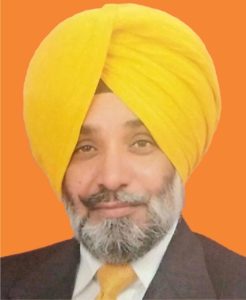 Vaidya Jagjit Singh has completed his Bachelor of Ayurveda medicine and Surgery (BAMS) from  Shri Dhanwantri  Ayurvedic College and Hospital, Chandigarh. He is a founder of Chandigarh Ayurved Centre in 1994 with the aim of promoting healthy living and healing of body through Ayurvedic herbs. He is 3rd generation Vaidya from a renowned Vaidya family. He is one of the best Ayurvedic  Physician in North India who has experience of more than 37 years in serving people with herbs. He is humble and remarkable person who always do the best to treat his patients. He is an admirable Ayurved Physician with his specialization to heal chronic ailments. He is appointed as first founded member of Guru Ravidas Ayurved University because of his excellence career in Ayurveda. With his vast experience of herbs and their applied uses he is running his own manufacturing unit with help of his son Vaidya Karanvir singh at Sangrur. He has treated more than 10 lakh of patients and always got positive results.

Chandigarh Ayurved centre was founded by Vaidya Jagjit singh 1994 was initially known as Janta Clinic started in 1987. With the blessings and teachings of his Father Vaidya Bhagat Singh , Mother Vaidya Partap Kaur and Grandfather Vaidya Gurbachan Singh he continued to serve the community with a smile on his face. With his determination and hardwork in the field of Ayurveda he established Chandigarh Ayurved and  Panchkarma centre in sector 32, sector 22 and Zirakpur as well.

Vaidya Jagjit Singh is bestowed with prestigious awards such as: